"Deeks" was born on Christmas Day 2015 with his sister "Kynzie"  and 6 other siblings.  "Deeks" is a sweet very loving boy.  He is doing awesome in the show ring for such a young boy.  He won a huge honor at the Rhodesian Ridgeback National Specialty in Huron, Ohio 2016.  He was given the win of Reserve Winners Dog!  He defeated many many boys that were entered and most much older than him.  He went on to win Best of Breed at the Rapid City Dog shows with his sister earning Best of Opposite Sex.  They were the youngest competing and against Champions and Grand Champion dogs.  Very nice things have been said from the judges, so I think Deeks has a very promising career ahead.  The best part...I have been showing him!  Deeks finished  his Grand Championship and was been awarded several Best of Breeds, Best Puppy and Best Bred-By Hound.  Deeks recently became the father of 3 beautiful puppies. You will be seeing them in the ring soon. 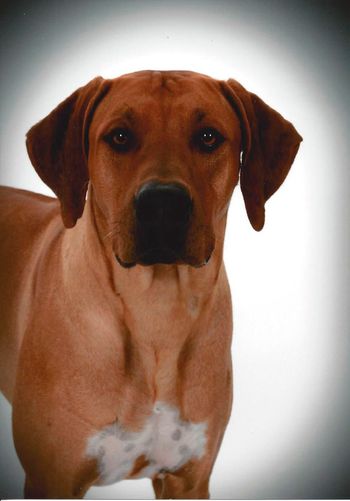 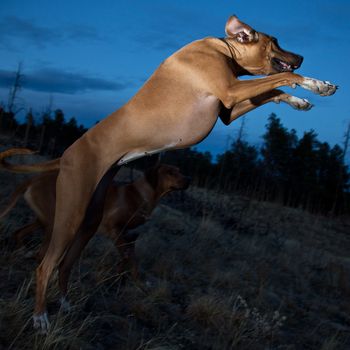 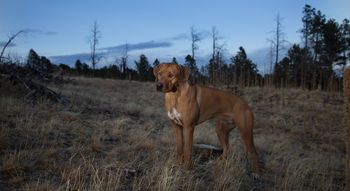 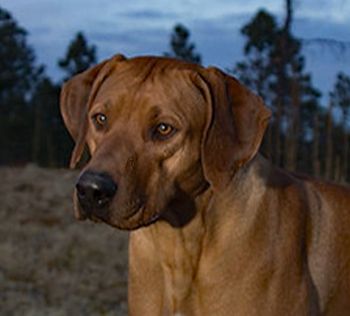 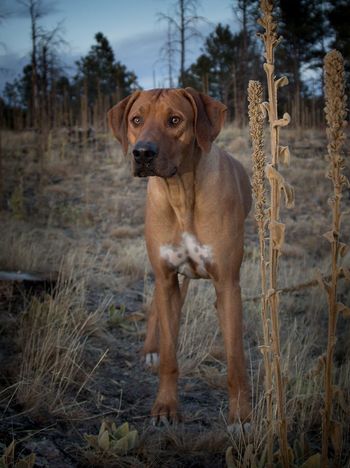 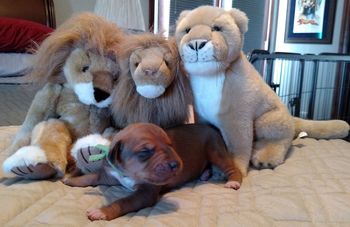 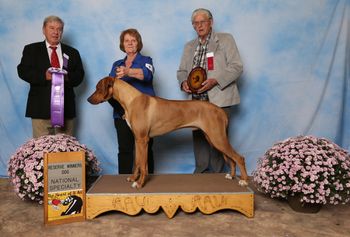 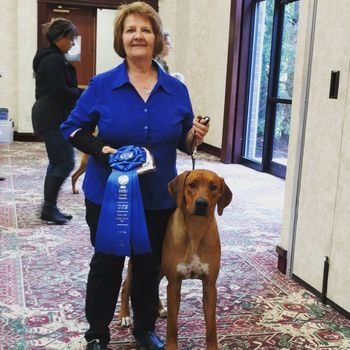 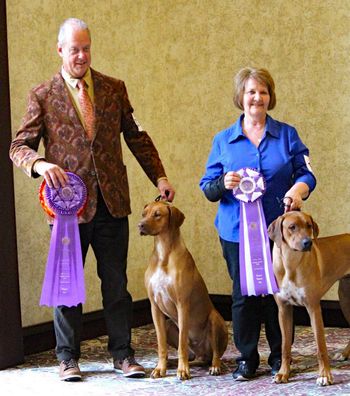 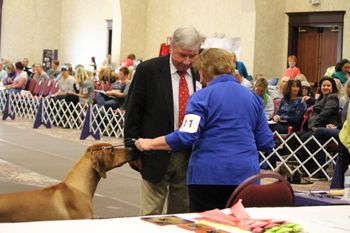 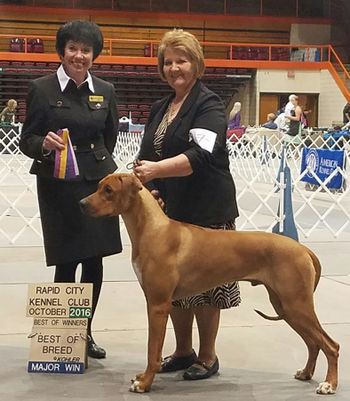 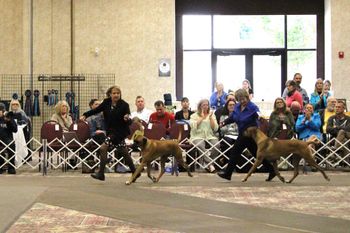 Wow! Look At That Movement! 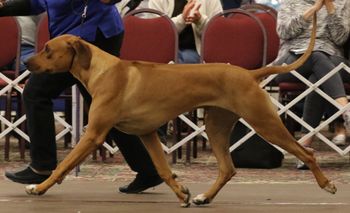 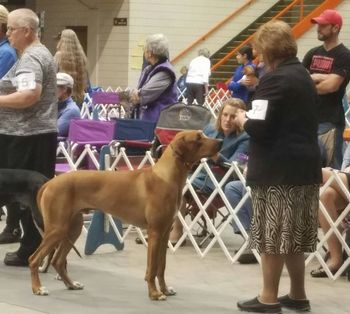 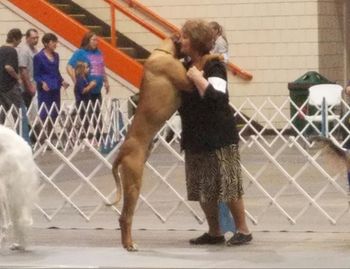 I am taller than you Mom 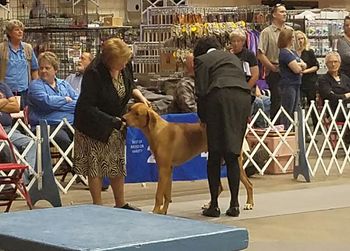 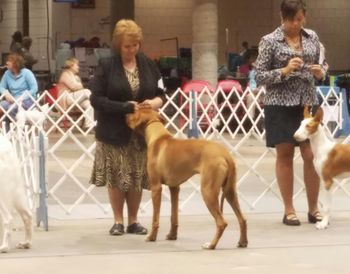 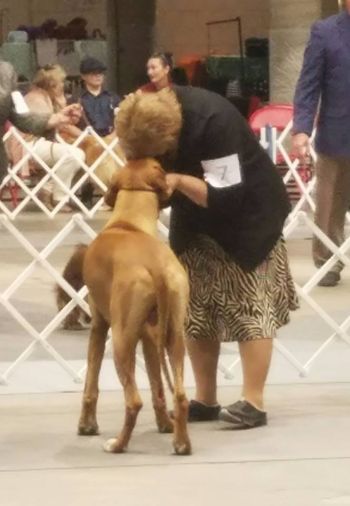 Kisses for my boy 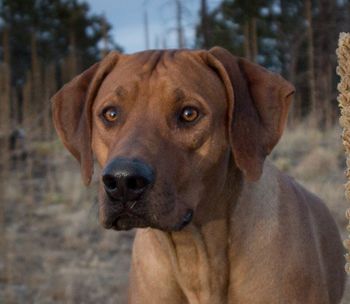 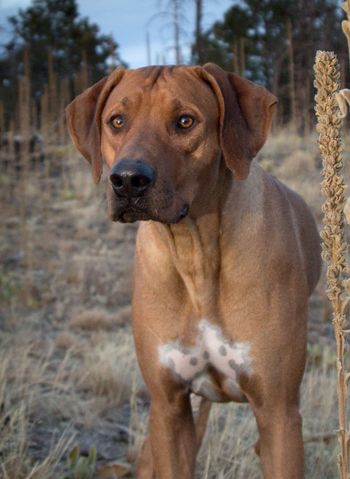 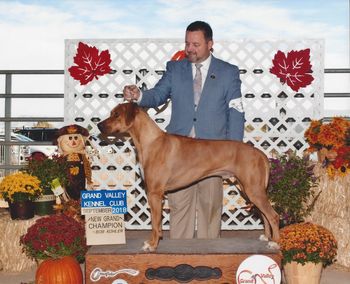 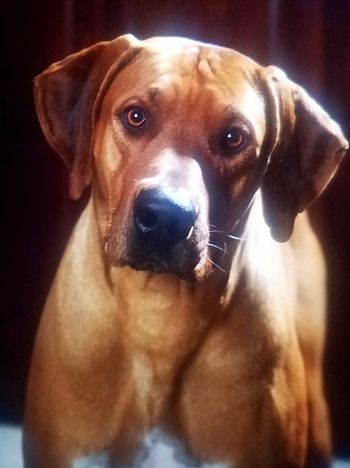 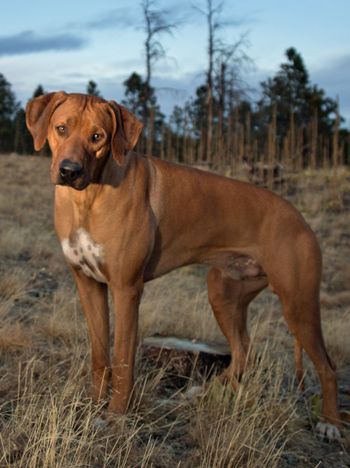 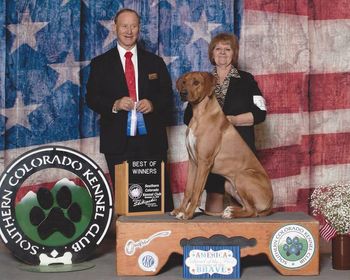 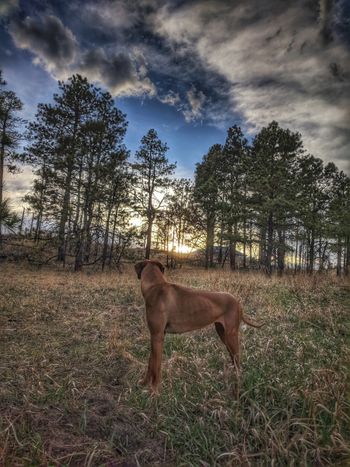 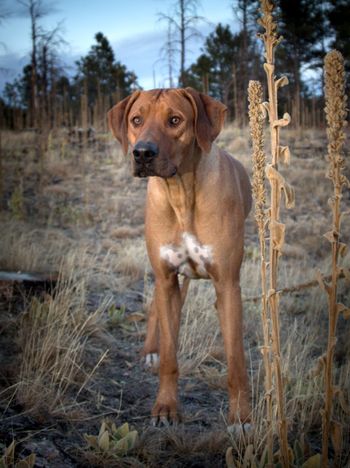 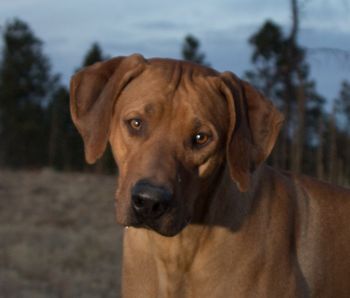 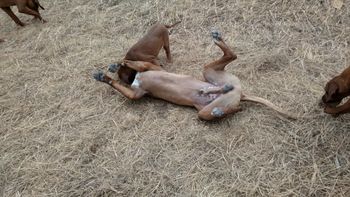