Axl's parents are Remington (BIF AKC/UKC/INT'L DC LionRidge's Remington, MC, LCM, SC, JC, LCM, FCH, CGC, HIC, ROM) and Spurridge Steal Away Thunder owned by Trish Little. He is definitely a momma boy. He is a dark red wheaten with some masking on his ears and slightly on his muzzle. Axl is about 27 1/2" at the shoulders and give or take 95 lbs of a very lean muscular body. He has lots of bone and is very agile and strong. He has done exceptionally well in the conformation ring with multiple group placements with placements at the National Specialties, breed wins, Best of Breed at the Hound Classic and several select male majors, Awards of Merits and in the whelping box. Axl received his Grand Championship title in June 2011. Axl received the distinct honor of an invitation to Eukanuba 2011.  Very loving, striking, and a beautiful boy!  Axl with the expert handling of Clint Livingston ranks in the Top 10 of both polls of Rhodesian Ridgebacks and #1 in Colorado Grand Championship points for 2012 and 2013. Axl is stilli  winning from the Veterans class.  All health clearances are recorded with OFA.  You can see them at offa.org.  He is available to select bitches.  Axl has had some beautiful puppies.  Several have completed their championship with others are on their way. 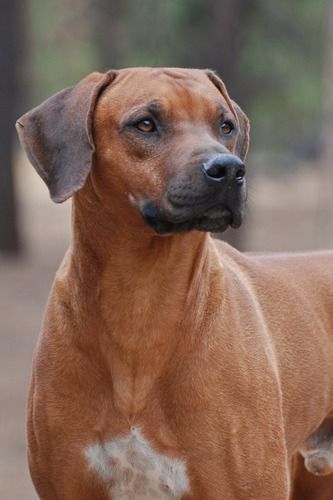 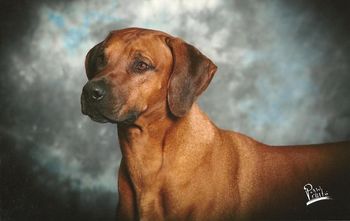 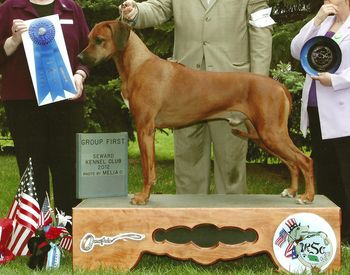 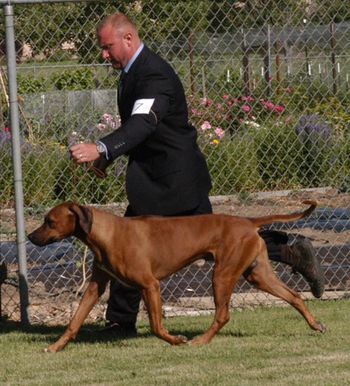 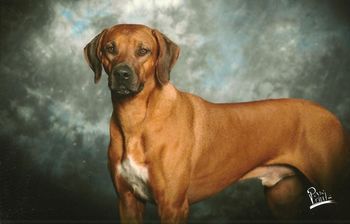 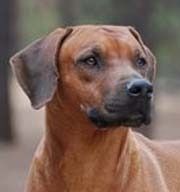 Handsome Axl in posing for Company 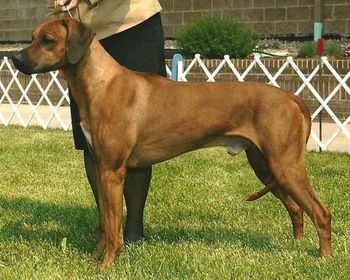 I am a Silver Grand Champion. 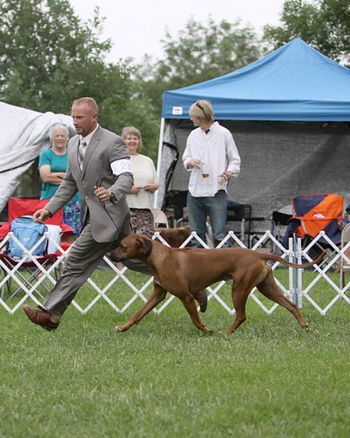 Winner of the Hound Classic 2011

GCH Lionridge's Pride of the Peak 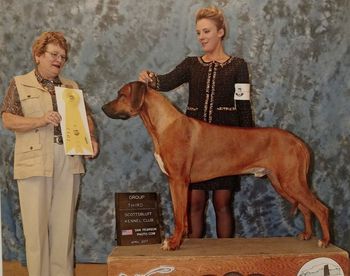